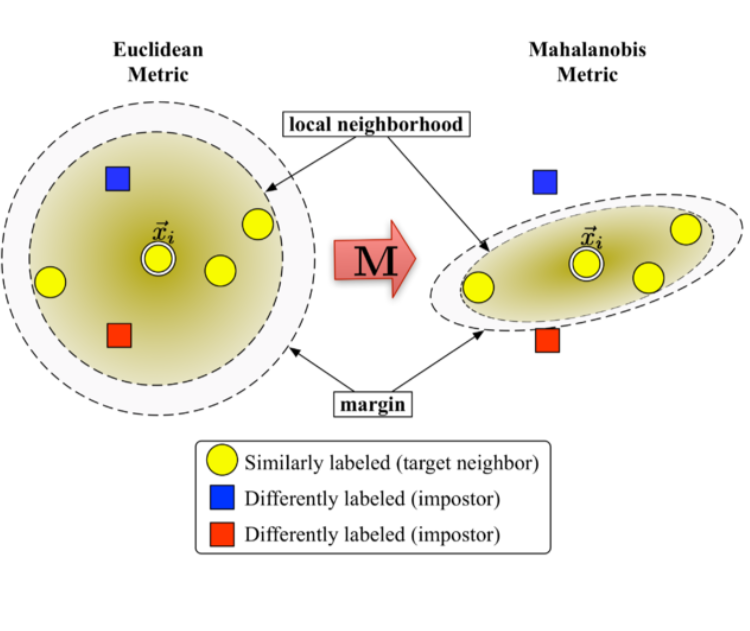 As part of a Pattern Recognition university module, a peer and I investigated several approaches to the problem of identity matching. The CUHK03 dataset was used for experimentation.

The aim is to be able to identify a new image of a person from a new angle. We possess previous images of the same person taken from a different angle. We also possess images of other people from the same angles. Therefore, we wish to successfully match the new image to the old images of the same person. Furthermore, we want the model to work for any previously unencountered group of people. This functionality is similar to Google Photos going through a gallery and distinctly categorizing the different people that appear in the pictures.

First, the multi-class classification problem was formally defined. Then, some baseline classifiers were implemented and compared against improved approaches. Distance metric learning was utilised and the challenges each model solves were discussed.

Among the different methods were k-NN, k-means, MMC and LMNN.

We documented our findings in a report. The code to reproduce the results can be found in the submission branch of the repository.